(I’ve got a few sewing related posts waiting for you… but they aren’t quite ready, I’m far from home & this is a story I’m going to tell, quite simply because I’m here to tell it.)

In July I ran my first half marathon. It was a big ‘thing’ for me, having started running in February. While it’s tough, running is joyful for me. It’s distracted me from sewing and everything else. If I wasn’t running… I was thinking about running. 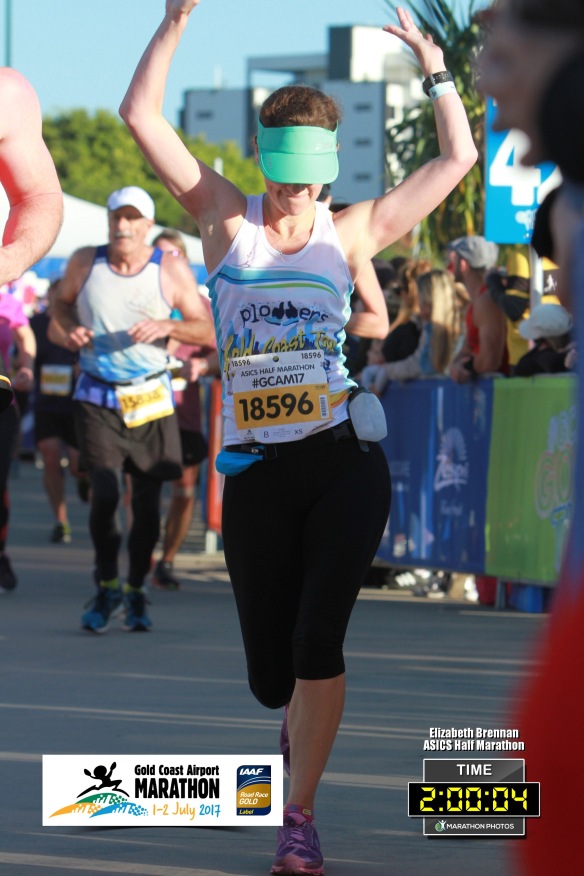 A little overwhelmed I was actually finishing this ‘thing’

So I entered the Brisbane Half Marathon at the beginning of August – those 4 seconds annoyed me. I loved this course and finished in 1 hour, 58 minutes & 33 seconds. The course was a little long & Strava tells me my new half marathon ‘personal best’ is 1 hour, 57 minutes & 10 seconds. Satisfying & still plenty of room for improvement as I fell apart a bit in those final kilometres. Running is funny like that, some kilometres are just so so tough even when you know you are so close to the end. 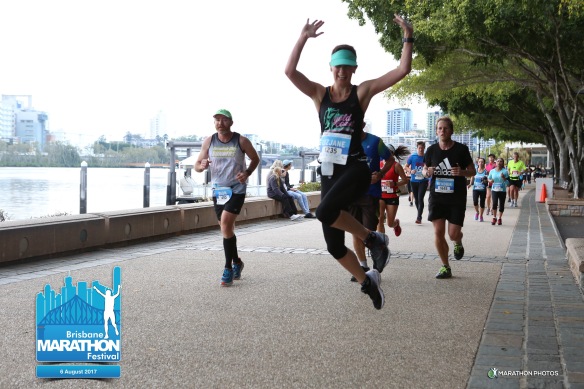 About 12kms into the 21.1km course and obviously feeling great!

The following weekend, I completed the famous Sydney City 2 Surf. A 14km run from Sydney city to Bondi Beach. With over 67,000 participants, this is a MASSIVE iconic event – and a tough one. I finished in 78 minutes, surprising myself with my refusal to ‘give up’ even when I desperately wanted to and ran in the last kilometre at 4.40 pace. I finished in the top 9% of female competitors and my age group. 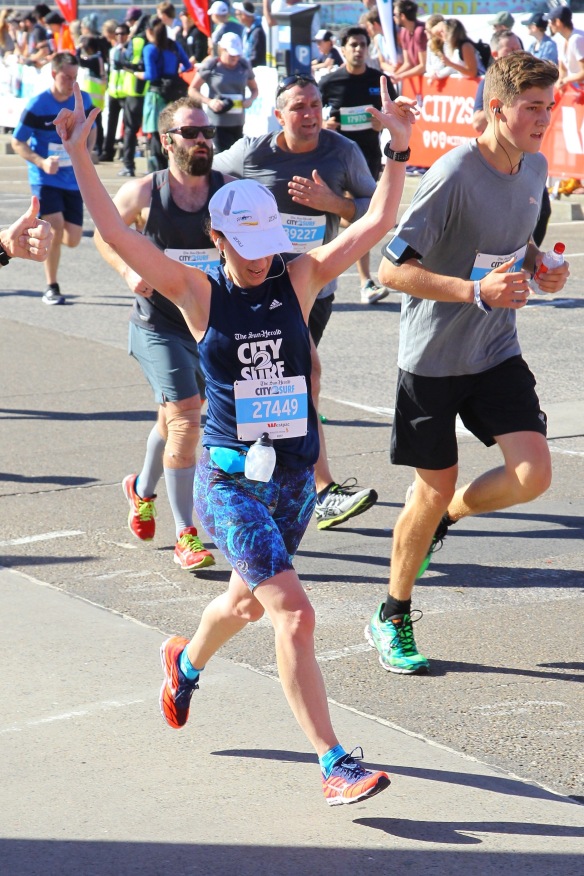 Airborne & just relieved it is over!

So I signed up for my first marathon in October… I just run, but I thought maybe if I developed a training plan I could get faster and also run further…

Long story short, late on Wednesday 16 August I was hit by a hockey ball in my right throat and it dissected my carotid artery. A life threatening injury. I had no idea. With no visible bruise, swelling or damage, I just carried on with life.

I felt progressively worse as the days wore on & when I finally did get what I thought was ‘just an annoying swollen gland’ reviewed, I was immediately admitted to hospital and airlifted to Sydney’s Royal North Shore Hospital for review and treatment. The obvious concern & trepidation of all the medical staff told me one thing, I was in serious trouble.

And so began the relentless days and nights of monitoring, tests, reviews and procedures to make sure this ‘thing’ didn’t claim my life.

It’s been one of the most traumatic experiences of my life. To be confronted with my own mortality. Reality can be a very ugly thing and sometimes the only way out of a very difficult situation is to just keep moving forward one step at a time. Don’t think about the next day or week – just focus on getting through the next hour. Even when it is as scary as hell.

I’m now in the neurological ward. I’m the patient who looks absolutely fine, is mobile, has all their cognitive abilities in tact yet is a bit broken on the inside. The medical team are incredulous I’m still here. Apparently I’m pretty tough… and extraordinarily lucky. 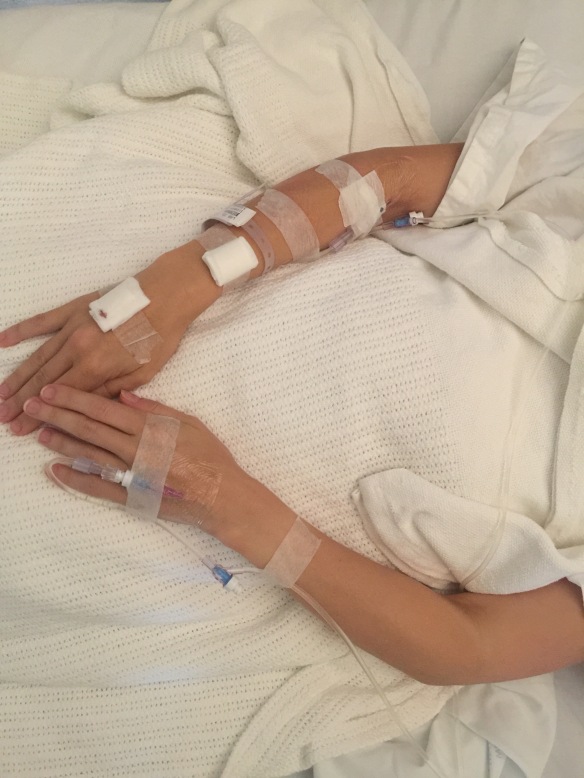 I’ve been overwhelmed & humbled by the support, concern and love that’s rolled in for myself & my family as we get through this. And the amazing strength of my family as they have stood by my side as a very physical & emotional tsunami tore through my life.

Needless to say I won’t be running for a very long time. I’m in hospital until they figure out the blood thinners to prevent clotting and to see if my body will heal itself. I’m hoping to be back home next week and to find my new ‘normal’. It’s going to be a long road to recovery and maybe the destination won’t be the same as where I came from.

Things may never be quite the same again.

I’ll never be quite the same again.

But against all the odds, I’m still here.

Life is precious.
This post first appeared on http://www.sewbusylizzy.com

109 thoughts on “The day everything changed…”